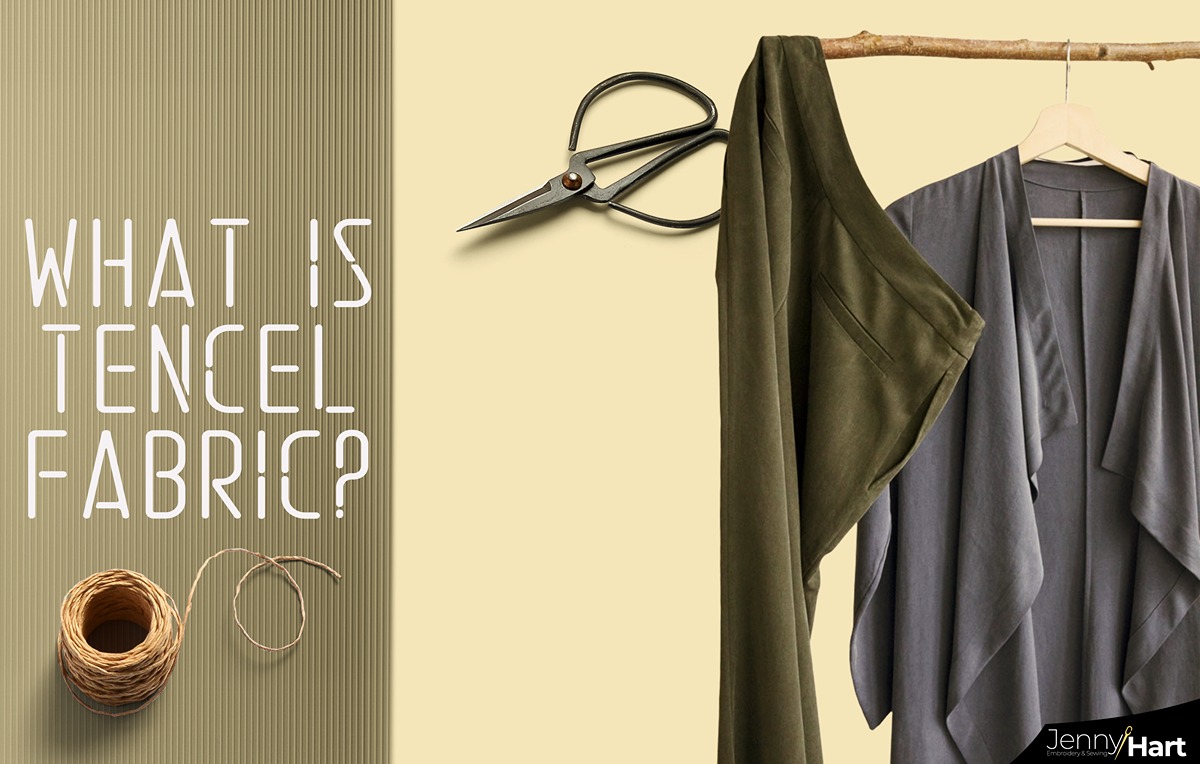 Reading the name Tencel in a list of fabrics is honestly quite puzzling. If you have found yourself in that position, you might start wondering what is Tencel fabric. This a question that is well asked by most, and for a good reason. Finding a good well-explained article on the topic is quite hard since most people do not put that much importance on it.

Which is something that I strongly disagree with because the material we are going to talk about today is one of the best out there in the market. Tencel fabric is a thread that deserves more recognition than it initially gets.

However, straightforwardly answering the question of what is Tencel fabric will not do a lot of good. To get a better grasp on the definition of the textile itself, it is important to understand what makes it so unique. The uniqueness of which I plan to explain as we go on.

What is Tencel Fabric?

Essentially Tencel fabric is an artificial way of recreating the luxurious thread of silk. But to comprehend the main query we need to go back a few steps in time first.

Tencel is derived from rayon. It is part of a list of fabrics that are direct descendants of the material rayon. An important distinction should be made here though, just because Tencel is a successor of rayon does not mean that it is the same thing. The fabric we are discussing has its personal list of advantages and disadvantages.

The synthetic fiber of Tencel is created using wood pulp. This innovation was made in the late 1980s, making it a fairly new fabric in the market. Being such a young creation is due to a solid reason. Tencel is one of the most environmentally friendly materials out there, leaving almost no negative footprint on the planet while delivering all the needed qualities. Nevertheless, we will dive more into this astonishing topic later on.

So, the direct answer to the question of Tencel is that it is an environmentally friendly thread made from wood pulp that mimics the properties of silk. This is only scratching the surface of what Tencel has to offer; I encourage you to keep reading on to understand why it is one of my all-time favorites in the fabric industry.

By now, you might correlate Tencel to silk-like traits. While you are not wrong about that at all, it is important to know that Tencel comes with its own set of traits as well.

Wasting no further time Tencel is known for pillowlike softness, silk-like smoothness and draping, its ability to be breathable and lightweight at the same time, and color maintenance. Now, this may seem like a long unorganized list of Tencel’s traits, so I will dive into them briefly but deeply and individually.

The softness that it possesses comes from the material it is created from, the cellulose of wood. This feature makes Tencel feel amazing upon contact with the skin giving no harsh feelings whatsoever. Adding to this trait, the ability to feel and drape as smoothly as silk makes it an amazing combination.

When discussing the breathability and lightweight capabilities of this fabric, it is important to note that it has no negative impact on longevity. Tencel is a durable fabric that is capable of being twisted and tugged without a problem while still being breathable and lightweight. This is the main reason why it is used so much in activewear; it is ideal for users that are put in extreme conditions.

The color maintenance trait that Tencel has is an ability that I can truthfully say it has inherited from rayon. Benefiting a lot of tailors and creative homeowners, Tencel fabric has no problem being dyed and keeps that shade for a long time.

By now it is quite obvious that Tencel fabric finds major use in apparel. With all the traits it possesses it gives off a luxury feel to the owner, and this has made it popular in a lot of types of garments. Ranging from everyday wear to more serious fancy outfits Tencel finds use almost everywhere. It is also well-liked by athletes, being used in many activewear gears.

What most people don’t know though is that Tencel is also used in the house. By this, I mean furniture. The fabric’s softness makes it most home designers’ first choice. You can find Tencel in carpets, upholstery, pillows, tablecloths, and so on. Genuinely the use of Tencel can be so wide that they are probably numerous undiscovered ways to utilize it.

One of the things that make Tencel’s fabric identity is its environmental friendliness. It is also a reason why it is so used in clothing brands that want to maintain an eco-friendly image.

Tencel’s biodegradable nature is thanks to the natural elements used to create it. Without a doubt in mind, wood pulp undoubtedly dissolves in nature quicker without leaving any harmful components behind. This element also means that the development of Tencel does not damage the atmosphere as much as other widely used fabrics.

To conclude this topic, Tencel is highly used and favored for this trait specifically. It is a positive environmental fabric that does little to no harm to the world around us.

You can also read a comparison of overcoat and peacoat.

Coming to the end of the article, hopefully, you now have a better understanding of what Tencel is as a fabric. With your newfound understanding, I also hope you will comprehend why I find this thread to be so dear to me. Tencel is truly a great fabric in today’s market.

What Is Rayon Fabric?

What is Viscose Fabric? (Answered)